Curator’s Talk: All That Glitters and Some That Don’t

Curator’s Talk: All That Glitters and Some That Don’t – A Round-Up of Recent Archaeological Discoveries 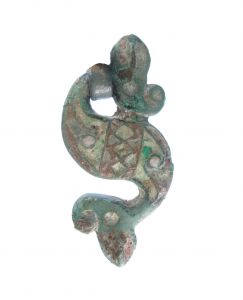 Join Angie Bolton, Senior Finds Liaison Officer for the Portable Antiquities Scheme, as she talks about archaeological objects recently found by the public in Worcestershire.  These fascinating objects give us a glimpse into the lives of Worcestershire’s previous residents who lived through the dissolution of the monasteries, the Roman invasion and right back to a time when woolly mammoths roamed the land.

Curators’ Talks at the County Museum run for at least an hour.