Imagine the hardships of everyday life as a Victorian schoolchild or the challenges faced by the Castle’s staff! 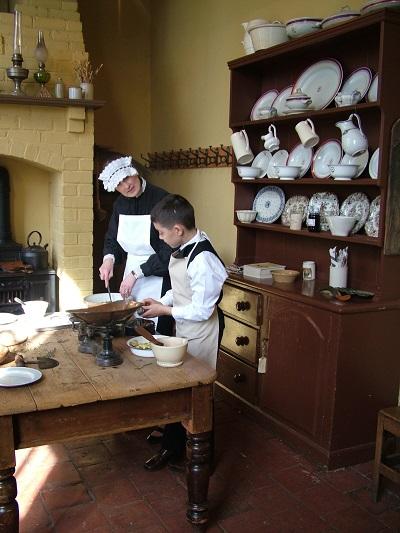 These days cleaning and washing is relatively straight forward, but spare a thought for the Victorians who struggled on without modern technology to do the hard work. At Hartlebury Castle, many of our rooms are decked out with original Victorian equipment that serve to remind us of the daily challenges people faced. That we have such an extraordinary collection is largely thanks to one family. The Tangye family lived at Tickenhill Manor, Bewdley, in the late 1800s. They modified the house to make workshops and their skills as engineers saw them introduce innovative ways of heating and lighting the building.

Alice Tangye married James Frederick Parker – an iron and steel agent from Wolverhampton- in 1902. They bought Tickenhill Manor from the executers of Alice’s father in 1920 and moved in in 1924. They were interested in history, art, archaeology, science, engineering, country crafts- the list goes on. They began to collect in earnest in the late 1920s and were soon inundated with visitors. By 1937, they had the idea of opening a Folk museum and by the end of World War Two the collection was very large. People moving from large houses to smaller ones would invite the Parkers to see if they wanted anything. James would say ‘let me see your cellars and attics – that’s all I want’. 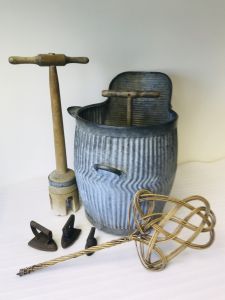 When James Frederick passed away in 1962, he had already formed a trust to look after the collection. After his death, the trustees were approached by the bishop of Worcester to see if they could use it to form the nucleus of a county museum at Hartlebury. And so a few years later, 30 tonnes of objects moved from the manor to the castle, and our wonderful museum was established.
We are very privileged to count James Parker as one of our valued volunteers. James is Alice’s grandson and he comes to the museum store once a week to work on the objects his family collected all those years ago. Pictured here are some examples from our unique collection. To see how they would have been used have a look at the video made by our very own Victorian housemaid, Connie.

The building contains a number of room sets such as Victorian and Civil War rooms and original rooms within the Castle including the Schoolroom, Scullery and Nursery which really help to bring the past to life.

Plan your visit to Hartlebury Castle.